A self-taught artist from the Bay Area, Scott creates work that imagines alternative realities grounded in a deep belief in the potential for positive human transformation. Already an acute draftsman and careful observer of the urban environment by the 1970s, Scott’s earliest body of mature work includes intricate perspectives of the dense color, shape, and forms of his native city, a gridded peninsula of modern skyscrapers buffeted by the Pacific Ocean and the San Francisco Bay. The smooth passage of Municipal Transport Agency (MUNI) buses along the city’s steeply graded streets inspired the artist as a kind of spectral transportation, manifest in the “Wholesome Encounters” paintings of groovy space shuttles—glowing in silver, lime, and chartreuse—peopled by fresh-faced yet perpetually time-traveling passengers and crew, from Curtis Johnson to Diana Ross. If space is the place, how we get there also matters. Scott’s intergalactic flights, chartered by the “Skyline Friendly Organization,” bring specifically diverse, dead, and living figures together into a shared time-perspective—one possible future—that reveals the exceptionality of such multicultural and intergenerational assemblies today.

For the series “Another Life,” Scott’s brightly tinted figurative compositions instead skew retroactively, fantastically re-inscribing hairstyles, hoop dreams, Valentines and prom dates that could have been. The exaltation of Black women here also recurs in a series of dancing church ladies, and another of sensitive portraits of icons like Janet Jackson and Angela Bassett—voluptuous figures rendered with a reverence equaling that of Zap Comix’s R. Crumb. Meanwhile, the thread of transformation explored in the self-portraits of “Another Life” is taken up by the group of painted papier-mâché masks on view, which at first appear to be pop sculptural busts. A mask is activated when the artist uses it to assume another identity, and also to destabilize the perceived monstrosity of the character portrayed. This drama unfurls tenderly, via Darth Vader, in the video-performance Beautiful Peace on Earth, 2013, from which the title of this exhibition arises.

If there is a proclivity to label self-taught artists as “visionaries,” it is also because a lack of specialized training promises the subversion of disciplinary boundaries; allowing perception through and beyond the rigid systems that structure – and sometimes stifle, or close down – our expectations for art, for each other, our imagination, and ourselves. The principal vision that all Scott’s works in various media propose is a utopian world that exists in no time like the present, but instead draws on memories of the past, and collective hope in the future, to finally make peace with the condition of human frailty.

Born in San Francisco in 1964, William Scott lives in San Leandro, California and has worked from the Creative Growth Art Center, Oakland since 1992. A nonprofit organization founded in 1974, Creative Growth provides a professional studio environment, gallery exhibition, and representation for artists with developmental disabilities. Scott has presented solo shows and projects at White Columns, New York (2006, 2009); and Palais de Tokyo, Paris (2008). His work is included in the permanent collections of the Museum of Modern Art, New York; The Studio Museum in Harlem, New York; and the San Francisco Museum of Modern Art. 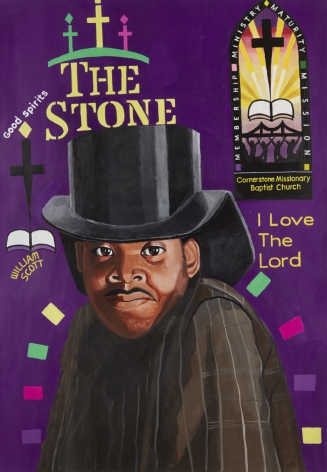 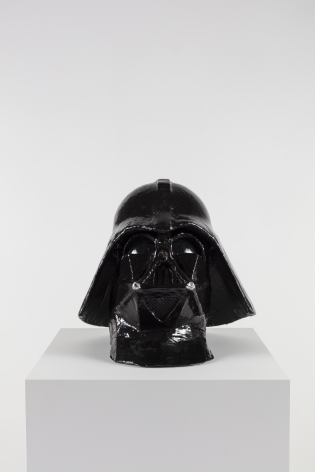 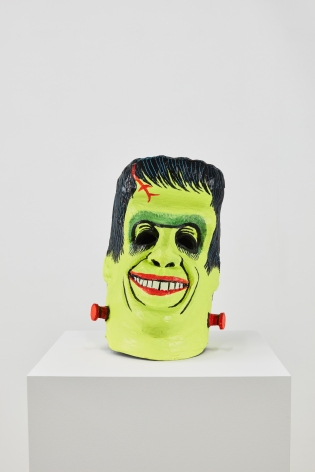 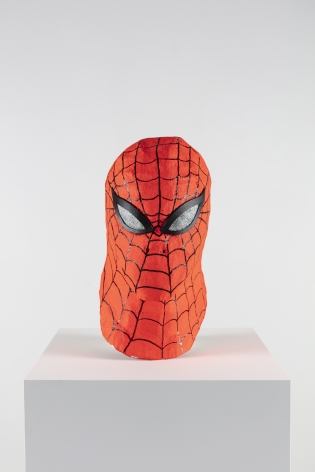 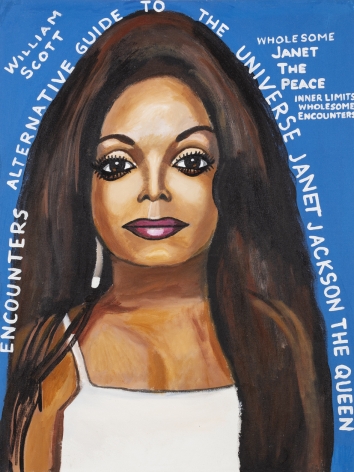 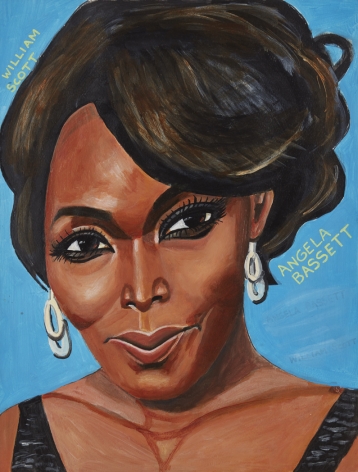 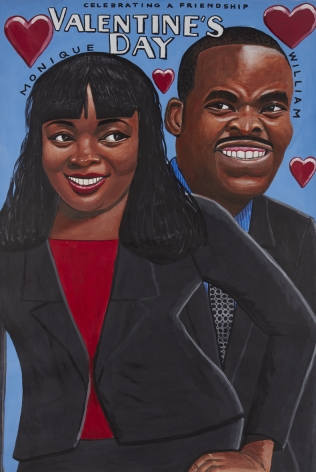 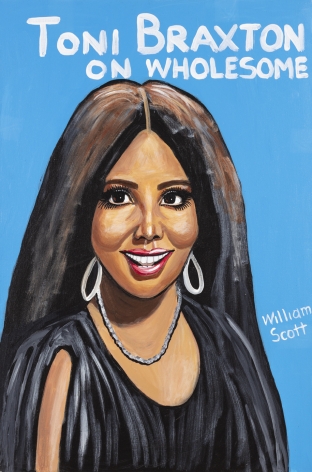 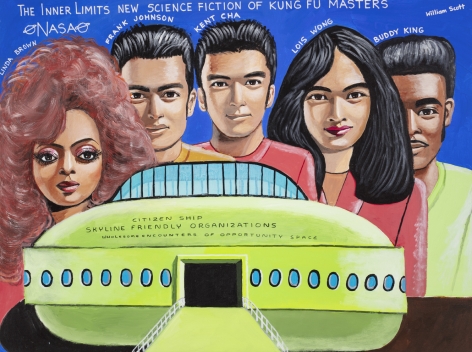 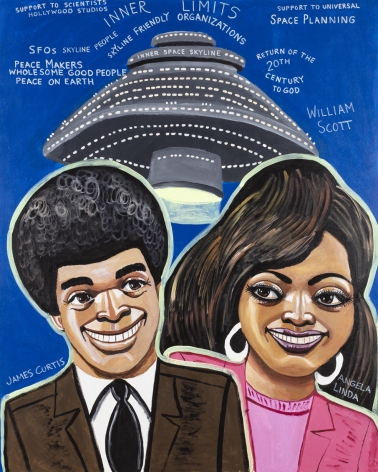 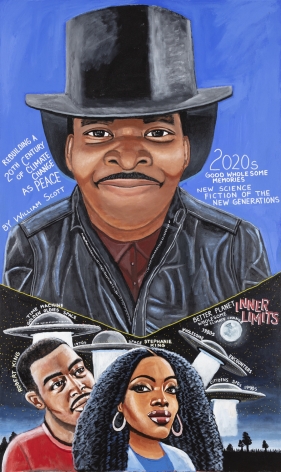 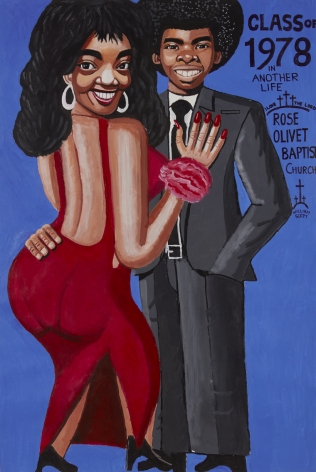 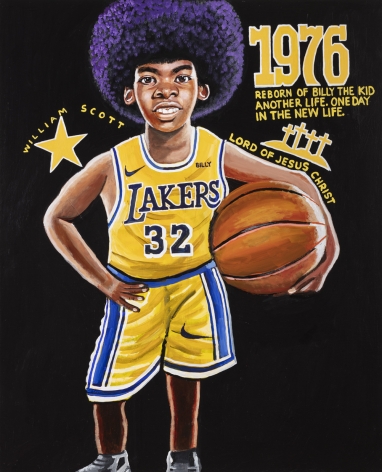 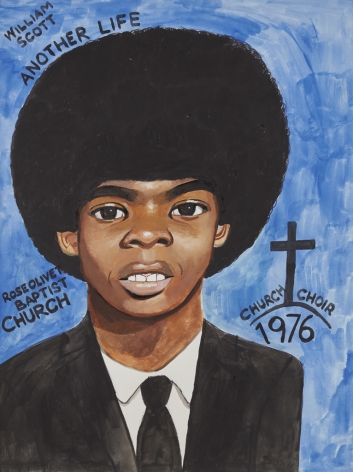 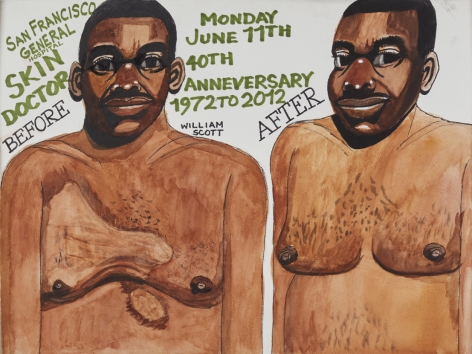 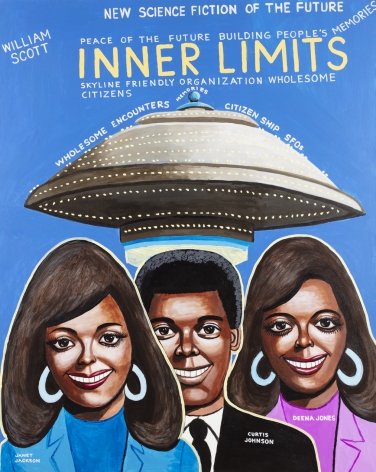 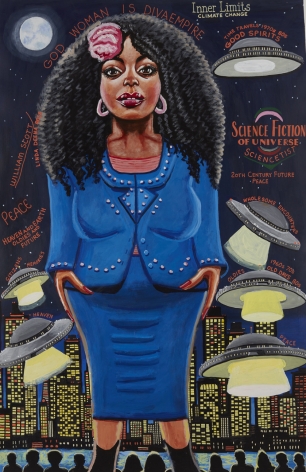 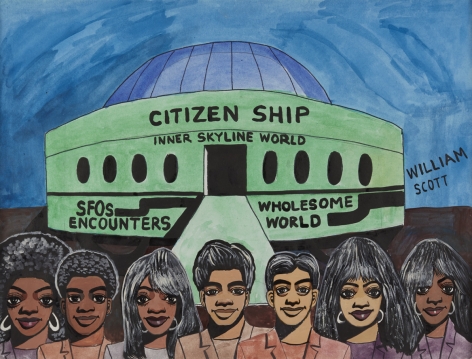 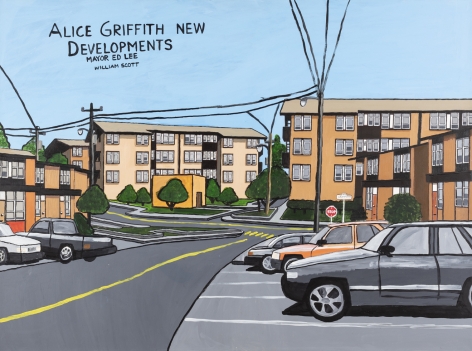 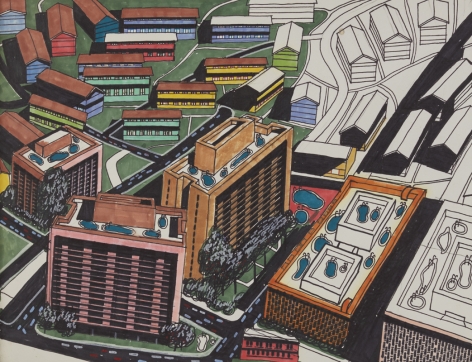 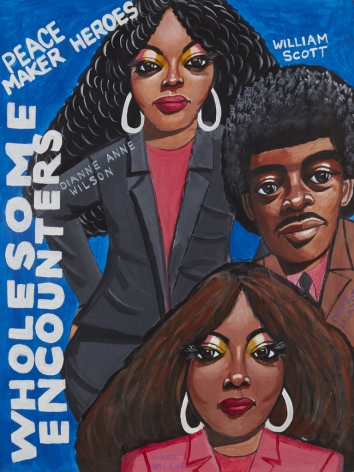 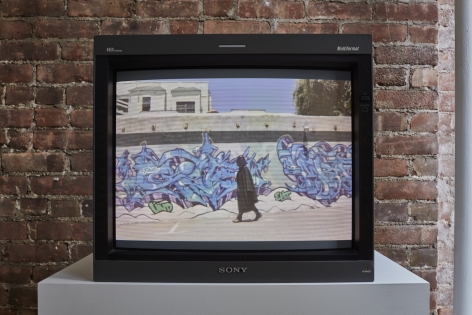 William Scott in The New Yorker

At the Galleries by Andrea K. Scott